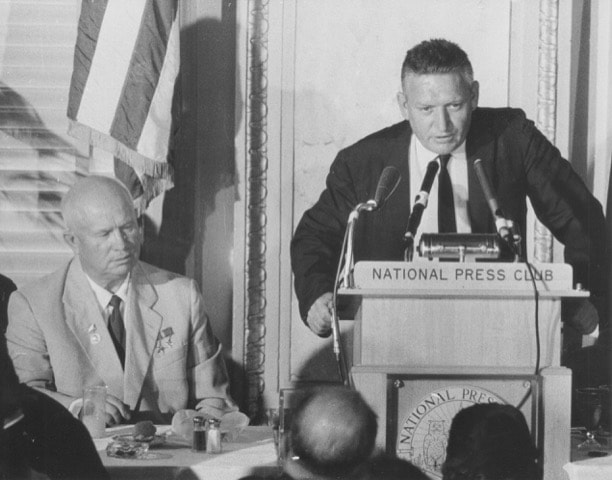 Selections from the preface of Tales from The National Press Club

​The National Press Club’s motto is “Where news happens.”
Journalism, as former Washington Post publisher Philip Graham famously said, “is the first rough draft of history.”
This book combines those two concepts. For well over a century, news has been made at the National Press Club. Those events have shaped the history of the twentieth and the twenty-first centuries. World leaders have flocked to the podium. Every president from Theodore Roosevelt to Donald Trump has spoken here either before, during or after his presidency. Not to mention the thousands of presidential wannabes, congressional leaders and Cabinet members, governors and mayors, generals and admirals, titans of industry, award-winning journalists, best-selling authors, media executives, civil rights leaders, kings and queens, dukes and duchesses, movie and television stars, entertainers, sports heroes and explorers from the ocean depths to the arctic to the moon.

And that’s just at official Club events. It doesn’t even include the thousands and thousands of organizations that have held press conferences at the Club to try to gain attention to their causes.

​The Club’s history also parallels the social history of the United States, including the fight for women and African Americans to gain equal stature. It parallels the history of Washington, D.C., as it grew from a small city to a huge metropolitan area. Founded as a refuge for print journalists, the Club’s story parallels the history of journalism from the earliest days of radio and television news to the birth and explosion of internet-based news and social media.
Powered by