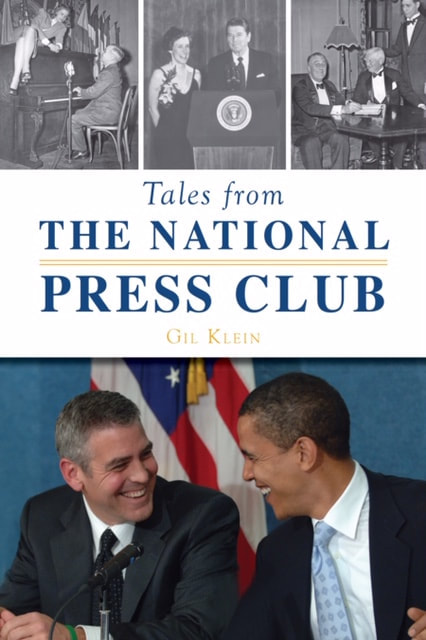 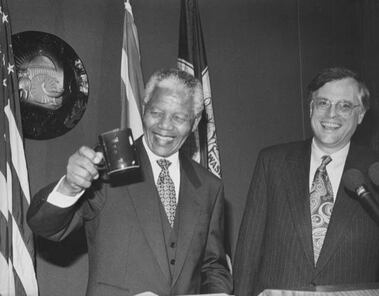 Since the beginning of the twentieth century, the National Press Club has been the hub of Washington journalism. Started by reporters as a watering hole for late-night card games, the Club soon attracted newsmakers who shaped American and world history, from Theodore Roosevelt to Donald Trump. Adapting to changes in the news media, it has stood for the values of journalism and press freedom. There’s a special quality to the Club and to the journalists that frequent it, which is summed up in what CBS Commentator Eric Sevareid said when speaking in the Club’s ballroom in 1977: “This room really is the sanctum sanctorum of American journalism. It’s the Westminster Hall, it’s Delphi, the Mecca, the Wailing Wall – everybody in this country having anything to do with the news business, this is the only hallowed place that I know of that’s absolutely bursting with irreverence.” Shedding light on U.S. history, journalism, social change, and life in Washington, DC, author, journalist and former Press Club President, Gil Klein shares some of the stories that stand out in the history of the Club.

Highlighting events from the Club's founding in 1908 through 2020 that reflect key current events of each era, this book would make an excellent addition to classes about journalism, American History, Civil Rights, and American Politics for advanced high school and college audiences. It is also designed to encourage discussion and thoughtful reflection about the roles of journalists in history and would make a great book club selection for those interested in U.S. history.
Order today
Why do you think the National Press Club changed the gift they presented
​to guest speakers from ties to mugs? 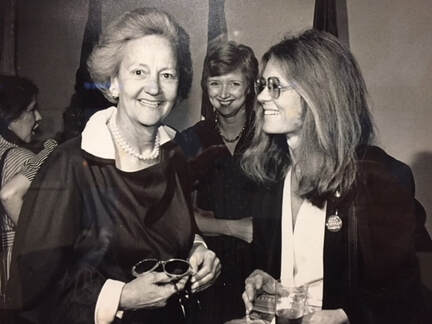 Washington Post publisher Katharine Graham and Gloria Steinem, Editor of Ms. magazine
January 24, 1972
Photo Credit Martin Kuhn
Why a Mug?
​
At the end of every National Press Club luncheon, the president presents the speaker with a “coveted National Press Club mug.” It’s been going on for as long as I have been a member, more than thirty-five years, and I gave out scores of them myself.

But why a mug?

The tale there is about much more than just a coffee mug. It’s wrapped up in the women’s movement and how Club tradition had to make way for the changing times. As an all-men’s Club that invited few women to speak, the traditional gift at the end of a luncheon was an NPC tie. But in the early 1970s, not only had the Club admitted women, but it also started inviting leaders of the women’s movement pushing for passage of the Equal Right Amendment.Perhaps giving a tie to women’s activist Germaine Greer started the head scratching. But when Gloria Steinem, editor of Ms. magazine, spoke on January 24, 1972, with Washington Post publisher Katharine Graham at the head table, the tie didn’t go over well at all.
When presented with the tie, Steinem offered to don a man’s jacket, too, “and confirm your worst suspicions.”
That was the end of the tie, but what to give? The selection expanded to include a scarf, paperweight and windbreaker before settling on the mug.

"My problem was not finding information to put into this book.  Something of historic interest happens at the Club all the time.  My problem was deciding what to choose to include." Gil Klein

Interested in stories about the National Press Club that are not in the book? See below!